Partying in Boulder started way before I actually got out there. I had a friend who had spent time out

Partying in Boulder started way before I actually got out there. I had a friend who had spent time out there who coincidentally became one of my best party friends. I’d heard stories about how awesome it was and I was excited that I got in (looking back I don’t really remember why I actually chose Boulder…) Anyway the friend who’d spent time out there rode out to orientation with me and introduced me to her friend who was older than us and did tattoos (score!). Anyway, when I actually got out there things took off pretty fast. Boulder is a BEAUTIFUL town, so much nature, amazing mountains, cool people; I was in an awesome place. There are also very good parties in Boulder, probably Colorado as a whole, but definitely Boulder.

I got to work quick getting to know the locals (mostly by drinking, picking up random dudes who would bring me to parties, and sloppily meeting new “friends”). The tattoo guy (we’ll call him Diamond) hooked me up with some good parties, concerts, and good drugs. I didn’t make any effort to really get to know people, in fact in my dorm I tried to play the “too cool” girl and went around avoiding people and pretending to be busy doing fabulous things. Why did I do that? That’s an excellent question, that I have no answer for. It was similar to high school where I thought I just didn’t care, I didn’t fit in but so what, I had booze or drugs so it didn't matter. I spent a lot of time by myself even though I was surrounded by people. University of Colorado is a humongous school and I’m sure I could find a niche if I wanted to but that wasn’t really a priority at the time.

Just to relate to people ( I don’t know if anyone else has done this) but I got a job that was super conducive to my drinking. In fact, not to give it away, but it was partially a bar. We would have “team meetings” where we would all go in back and take a shot. The people I worked with were probably as big of drinkers as I was which worked out well for me. It’s hard to notice you have  a problem if all of the people around you are doing the same things. Alcoholics are generally pretty good at finding like minded people and surrounding themselves with them, at least in my experience. 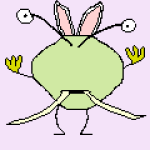