After Avery went to the recovery center, I went to a weekend family program there. It was really eye opening as

After Avery went to the recovery center, I went to a weekend family program there. It was really eye opening as we all came in with different beliefs: "I am not the problem, if only they would stop drinking everything would be fine", "You people don't get it, my husband is going to die and there's nothing I can do about it", "I think the divorce caused her to drink and use drugs", "I will never be happy again", and "I can't take this anymore". By the time we left, we all realized that we did not cause the problem, we cannot control the problem, and we can't cure it. But, we all did have a part to play in the drama, and it's important to look at that and change and own our behaviors. And, while the issues are big and overwhelming, there is still happiness and support and compassion to be found whether our loved one is using or not.

Avery went to live in sober housing in St. Paul and got a job at a restaurant after her first treatment center. She was asked to leave after a relapse and found another sober house to live in.

She was still taking classes at the Community College and moved into an apartment building in Richfield. She was seeing a guy named Matt* (name changed) at the time. He had 3 DUIs and a police record. I was not thrilled with Avery's choice of company, but didn't have much say in the matter. I knew they were spending time together and in my mind, he was the bad influence.  He was he one that was making my sweet, smart daughter make bad decisions.

Avery would often stop by my house when she wasn't living there. She still does. I'm always happy to see her. One winter day, she stopped by, and was acting strange. She was cooking food, but I could tell something was wrong. She was wearing a scarf around her neck and every now and then she would twist her neck all funny. I finally asked her what was wrong, and she took off the scarf and there were two, big red/purple hand marks around her neck, and lots of bruises all over her body. She started crying and told me she had been raped and assaulted and had spent the night in the hospital. She said she didn't remember some of it because she was messed up and when they took her by ambulance to the hospital they gave her a drug to calm her down and it also makes people forget.

I took her to the emergency room that day to have her examined again. The doctor said they usually don't see people like Avery that they usually go straight to the morgue. The doctor told her if she stays in that relationship and maintains a drug-filled lifestyle, that is where she would end up. 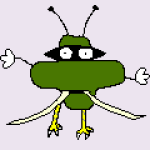